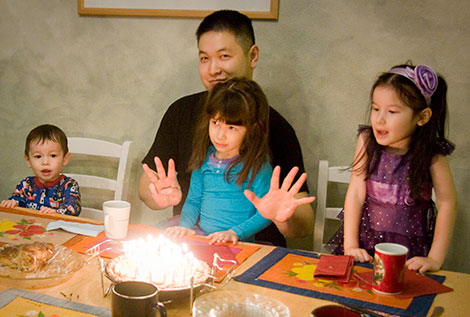 Not that any of my other life circle celebrations were any lesser, but playing video games with the guys won top laughs for me. I will never take for granted the opportunity to play with seven other friends this year. Of all the people I invited, I couldn’t believe only one person couldn’t make it. It was like the stars all aligned.

The top game was Left 4 Dead 2, which caught me by surprise. I thought that Left 4 Dead 2 had run its course since I’ve seen it all. But playing it versus with three friends against four friends—diabolical delight.

We revisited the classic No Mercy campaign. For old time’s sake. Clark, Felix, Ryan, and I played as the zombies first. I formed us as a team because we were all at my house. Everyone else played remotely became the second team, who comprised of Rex, Robert, James L, and James B. We rocked the first act, taking them all down in the streets and two of us making it to the safe room on our turn as survivors.

However, the other team got their act together, and by the final act, they were ahead in score. When the last survivor on our team fell, we lost by a small margin, but we all cheered as it was a good game. So good that we need a rematch in the future.

I had two personal highlights. I never fared well as the charger, but I managed to clobber poor Rex for twenty straight seconds to his death. But that didn’t beat my best kill, and again, as a charger. From experience, I’ve learned that falling down the elevator shaft in the finale is an instant kill. So I waited until the survivors were standing in front of it before charging through, and took Robert out instantly. I haven’t cheered, smack-talked, and applauded so much in a long time.

From the comments I received, everyone had a great time gaming. I don’t think I can wait for another birthday to play with the guys again.