One of my favorite qualities about Jennilyn is her spirit for celebration. While I often get bogged down with the details in preparation, she always looks forward to any opportunity to make a day special—especially if it’s something like a landmark birthday.

END_OF_DOCUMENT_TOKEN_TO_BE_REPLACED 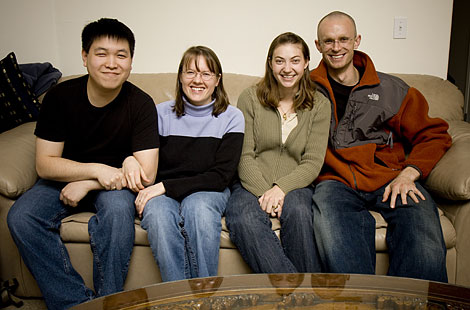 Jenni and I had the privilege to hang out with Clark and Tovah on New Year’s Day as part of their marathon trip down the west coast. We introduced them to New Seasons Market and enjoyed a wok lunch.

When we returned to our house, Clark and I geeked out on Google Analytics, WordPress, Macs, Left 4 Dead, and Picasa while Jenni and Tovah caught up on other things.

While they have moved to the other side of the country, we’re still being blessed by their friendship. We miss them much and hope they can move back to Oregon someday.

They continued their tradition in giving the first baby gift (they gave us a onsie for Kadence at Easter Swing). This time, they opted to tap into my geek side. 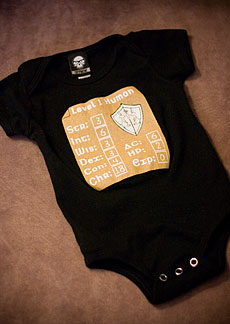