January blurred by along with my birthday celebrations. I’m so thankful for Jenni who goes above and beyond to kick-start another year of my life with celebrations.

Phase 1: Dancing with the Stars

The Saturday before my birthday, Jenni and I attended the Portland Swing Dance Club’s Swing Blizzard. They had brought in two top professionals, Kyle Redd and Sarah Vann Drake, to teach workshops. We attended the lesson before the dance. We enjoyed their amazing technique and insightful fundamentals.

The dance included a competition and Jenni requested that we compete. I opposed because we hadn’t been out dancing much and I would hate to lower my partner’s chance of winning. But when the signup deadline neared, the competition was short on leaders. So, reluctantly, I signed up.

Despite not having competed in two years at least, the rush of adrenaline was all too familiar. I remembered tips from when I used to compete and kept my dancing simple with clean basics for the preliminary round. And to my half-surprise, I made it to the final round. After the competition results came out, it was no surprise to me that I didn’t make the top cut. But, making into the final round was a fun ego boost. I took a picture of the results and sent it to my brother. 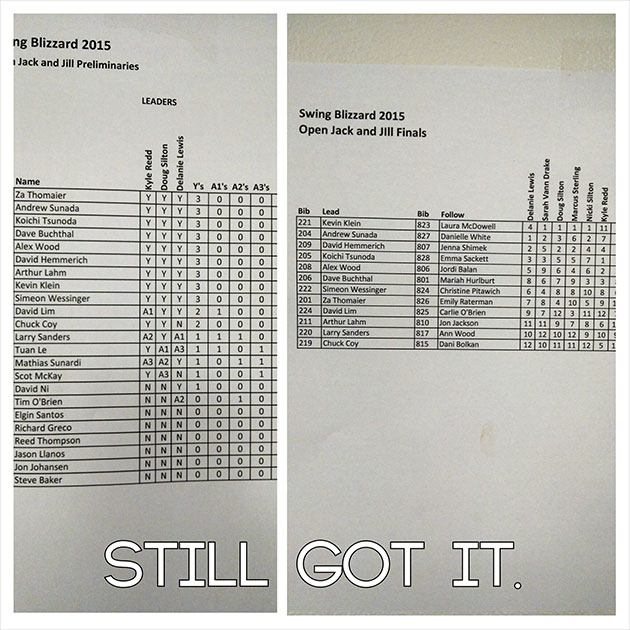 Breaking tradition, I worked on my birthday. In years past, I took the day off. With both of my daughters in school, we couldn’t celebrate together until later. So I took the opportunity to get some work done.

In hindsight, I think I will take the day off next year because I could’ve spent the day with Bruce.

Jenni brought delicious organic oranges from New Seasons to share at Vernier. They were well-received and hit the spot during the afternoon.

Phase 3: With A Little Help From My Friends

On the evening of my birthday, my close friends came to our house and enjoyed a simple dinner. We shot the breeze. We caught up on everyone’s holiday stories. We kept our kids up late. Maybe the last one wasn’t a great idea, but it was worth it to be with my friends. 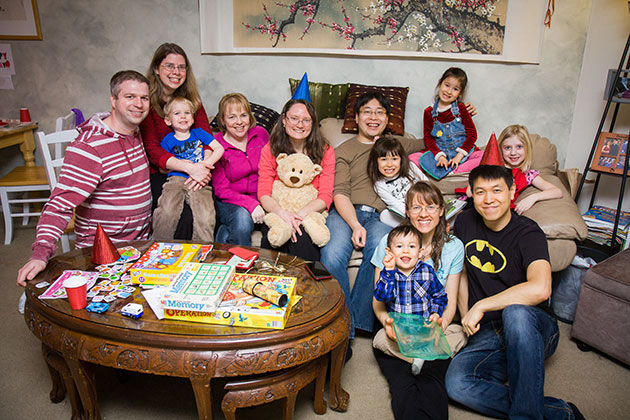 Phase 4: Just the Two of Us

Jenni and I enjoyed a quiet dinner together the evening after. We had party fatigue, so we kept it simple, and enjoyed our local haunts. There’s something to be said about efficient errands without kids.

Phase 5: Evolving with the Guys

Saturday, I got the day to play video games with the guys (namely Robert, Rex, and James B). It’s almost embarrassing to think that I still play video games, but they are a great source of entertainment.

We had a great time beta testing an upcoming game, Evolve. It’s an asymmetrical, competitive multiplayer game where four hunters go against one monster. Since there were four of us present, we got to play as hunters hunting strangers on the internet.

The game has great teamwork mechanics for the hunters and we all had fun learning how each hunter worked. We formed a strong synergy and strategy, and were able to hunt down most of the monsters we encountered.

We had great laughs throughout, even when we lost. It was so much fun, we ended up playing remotely for another two hours a few days later. 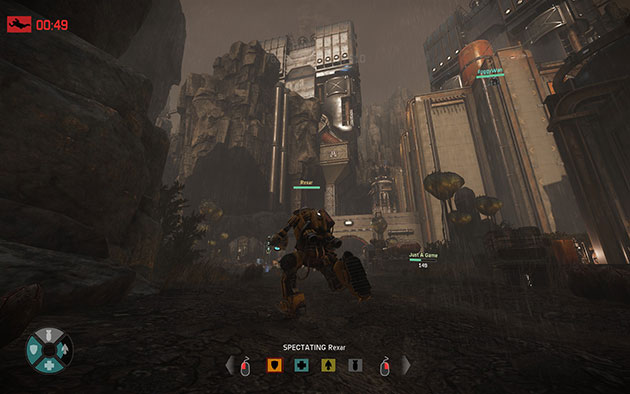 Phase 6: All in the Family

The Monday after my birthday, we gathered my parents and Jenni’s parents to our house for another dinner. My mom and Jenni put together a big feast and we ate our fill. I’m so thankful that both our parents live close by. They help us out so much that I couldn’t imagine celebrating without them.

My brother astutely chose to give me an experience for my birthday.

While we visited Mauritius four years ago, we watched a comedy special for an up and coming comedian, Gabriel Iglesias (a.k.a. Fluffy). I enjoy his humor because it is mostly clean and often centered around pranks.

Fluffy stopped in Portland for his world tour and Jack got tickets for himself, Rachel, Jenni, and I to enjoy him live. Plus babysitting money. It was a generous gift and a funny, first double date. Fluffy did not disappoint.

What a wonderful birthday . You are so fortunate to have such love and warmth in your life. Happy belated birthday.

Just read your story, it is amazing what you did in your birthday! Usually we only have dinner together and maybe some gift. But Jenni is so creative and fun to be with. Glad you enjoy each other and share a lot good and not so good moments. Hope you make the next goal is keep health and have more achievement in your life.